In this blog I’ll take you to Southeast Asia’s undiscovered pearl. And let’s hope that mass tourism stay away for a long time, so you can enjoy everything Myanmar has to offer. In all my travels I haven’t seen a country where people are so genuinely kind and helpful as they are here. In the Buddhist capital of Southeast Asia is a warm welcome really a warm welcome! And there is so much more, read all about it in this blog.

Instead of doing what most tourist do by starting in Yangon, I start off in Mandalay. I’m lucky with Mr. Yin, who will be my driver for the next three days. I met him on the street and after a chat I decided to go on the road with him. We had to figure some things out in the beginning, since I, as a photographer, had different needs than a “normal” tourist. From sunrise till sunset, 12 hours a day on the road, it was never a problem for Mr. Yin. Remote villages for special portraits, joining family festivals and being welcomed as a guest in a Buddhist monastery, where normally no foreigner will come. In one word amazing! One of the definite highlights in Mandalay is the Ubein bridge. Better known as the longest wooden bridge in the world. At least, when you are there in the early morning. The first sunrays of the day put the bridge in a special light. The sight is complete when the traditional fishermen come; time to put your camera to work. Mingun, on the other side of the river, is Myanmar at its purest. It has gorgeous temples, but just walking through the authentic villages where nobody speaks English, is being close to the real Myanmar. You don’t have to speak the language; the language that welcomes you is being said without words.

The journey continues in Bagan. I’m not exaggerating when I say Bagan has one the most beautiful sunrises and sunsets of the world! Rich in pagodas, many of them build in ancient times, are the first present elements. Add dozens of hot air balloons who rise up in the sky with the magical light, et voila. The soft light shines magically and gives the ancient pagodas something mystical. Gorgeous to watch and even better to photograph. You can roam here for days between the temples, joined by the always smiling Burmese people. Only to end the day with a local dish that satisfies your taste buds. Bagan makes you feel at home.

I definitely need to mention the lifestyle of the monks and nuns. It is expected that every habitant in Myanmar lives as a monk or non at least once in their life. You can start and stop at any age. The youngest monks are five years old, and can go through the same stages as a monk who’s fifty years old. The start the day at 4am, take a cold shower and head out into the streets barefoot, carrying their bowl to collect donations. They depend on what they get on donations and what they eat. If they don’t get anything, they don’t eat. Luckily the Buddhist religion is fully integrated in society and they receive generous donations. It contributes to being a good human being, which is nothing less than a beautiful thought. Something we can learn from in our consumer society. The teachings of Buddhism are endless. You could spend your entire life living as a monk if that’s what you wish to do. Learning the Buddhist language Pali is an important part of the Buddhist study. The day is mostly filled with collecting donations, studying, singing, walking and meditating. You can feel the wisdom and the beautiful thing is that they will never force it on to you.

You’ll find the locals everywhere around you and they’re always happy to model in your photos. Just like the traditional fishermen who have their homes in and around the Inle Lake. Surrounded by the Shan hills, the Inthar people give the Inle Lake its identity. Famous for their technique of sailing their small boats over the shallow, 22 kilometers long, lake, they’re always willing to pose with their fish traps. The lake is mystical. Maybe even magical mystical, during hour before sunrise. When the mist hangs over the river, the contours of the famous fishermen loom up as ghosts. Their skills almost acrobatic on the small boats, it’s a gorgeous sight to see for yourself.

Life on and around Inle Lake is an experience in itself, you get a good impression while you’re floating around in this “water village”. Old crafts are still practiced and you’re more than welcome to moor your boat and have a look around. The rolling of cigars, a silversmith, an umbrella factory, basket weaving and a floating market, it’s all there. Even the local cuisine invites you to try the food in the floating restaurants. And if you know where to be, the long neck woman will welcome you. This special traditions lives on and is usually only seen in the eastern part of Myanmar.

Depending you’re chosen route, you’ll start or end your journey in Yangon. Also known as Rangoon, it is the magisterial arrival or departure of Myanmar. Is it worth discovering Yangon? Of course! Every place as its own charm, and so does Yangon. Particularly the Schwedagon Pagoda is delightful. This 2000 year old pagoda, covered in gold leaf, is the city’s gem. And that’s completely justified! The city also has an enormous lying Buddha; 65 meters long and 16 meters high. You’ll find it in the Chauk Htat Gyi Pagoda. You’ll need a wide angle lens to capture it completely. That’s pretty much what Myanmar has to offer. It is a pristine pearl in Southeast Asia, and photogenic in many ways.

Previous
Travelmarks-photography supports: Trees For All
Next
Blog 'Wildest' Tanzania 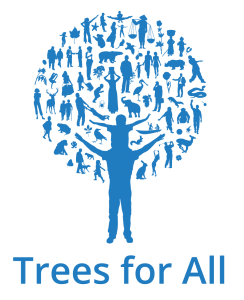